The Matchmaker
A shadkhn (matchmaker) comes to a prospective groom, and announces “ Have I got a match for you! She’s as beautiful as a work of art!” The young man agrees to meet the prospect. When the shadkhn returns a few days later, the young man is furious: “A work of art? Some work of art! One eye half closed, the other too large. One ear a good inch below the other, and the nose off center by at least a half inch!” “So what’s the matter,” asks the shadkhn, “Picasso you don’t like?”

European Jewish Humor
Two Jewish revolutionaries are up in front of a Russian firing squad. The captain offers the first Jew a blindfold, which he gratefully accepts. The captain offers the same to the second Jew, who spits in his face, and shouts out, “Down with the Czar!” His comrade turns to him and says, “Please, we’re in enough trouble already.”

A: Babylon
Q: What does the rabbi do during some sermons?

A: The Gaza Strip
Q: What is an Egyptian Belly Dance? 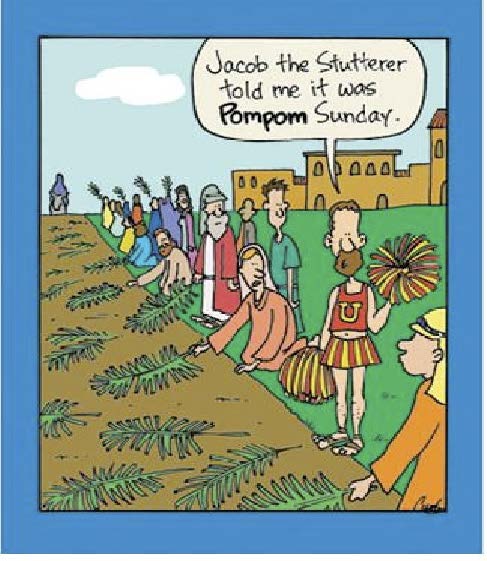 WISDOM
God promises a safe landing, not a calm passage